The dragon is genuinely one of the most majestic and magical of all the mythical beasts. It demands the attention it consistently receives in the world of tattoo designs. Here’s a quick background of the dragon tattoo.

Dragons are prevalent design and symbolic elements throughout Asia, including China and especially Japan. This prevalence led to a great deal of Japanese and Chinese artwork to use this mythical beast as the primary element of their tattoo design.

Dragon tattoos are amazingly flexible. The artist’s design choices can give varying symbolism and feel to it. The fierce, fiery red dragon with a red body wrapped around a giant samurai sword symbolizes strength and power. Whereas, it might represent freedom and peacefulness if the dragon is flying above a beautiful lake.

Therefore, the symbolism and what the dragon design portrays is dependent on the stylistic choices of the artist.

The dragon is one of the most significant mythological beasts in Japanese culture. They, of course, have their word for it. They call it “Ryu” or “Tatsu.” It is typically-depicted as a very long, skinny, and full of scales animal very similar to a serpent. Also, they are frequently believed living around large bodies of water.

With powers, they are considered god, and that needs to be revered. The Japanese believed that their first Emporer had descended from a dragon origin and that he is part god and reliable.

Like some of the East Asian countries, dragon image is prevalent in Japan and has a long tradition in their literature, architecture, art, and culture. There are various stories, temples, and shrines, where this creature plays a central role. One example is their great literary work, “Susanoo and the Yamata-No-Orochi.”

It is a famous tale of an eight-headed serpent (Yamata-No-Orochi) and the man (Susanoo). The first is an evil beast that devours young women whole. Susanoo tricked the snake and successfully killed it.

Today, it is ubiquitous to see dragon sculptures at altars, temples, and other places of worship. The dragon is taken and paraded around Sonsoji Temple grounds each spring in Asakusa, Japan. It is done to commemorate the finding of the gold Kannon, an image of the goddess of mercy. Thousands of people coming from all over Japan to drop coins into the wooden box as a donation and offering to the temple, in the hopes that the dragon will give them good luck. Accordingly, the statue of the Goddess of Mercy, Kanon, was discovered by two brothers fishing in the Sumida in 628 AD. At the time, they found this legend stating that gold dragons flew up out of the river and into the sky to celebrate that finding.

Some Taoists and Buddhists believe that the dragon also represents hardships that one must face in their journey towards spiritual enlightenment.

#1 Miyajima or “The Isle Of The Temple” is probably one of the most well-known temples specially-dedicated to the dragons. It is a popular place for tourists, travelers, and religious pilgrimages. They come to pray to the dragon god for good luck and fortune.

#2 Another famous spot is the Sonsoji Temple in Asakusa, Japan.

It is pretty easy to see that dragons are prevalent throughout Japanese culture. You can see statues, architecture, and temples all dedicated to the dragon. Tattoo designs are no different, and there are thousands of beautiful looking dragon tattoo designs. In terms of location, one of the most common places is to get a dragon tattoo on your back. The back makes a great place for a large tattoo with a lot of detail. However, if you are not ready or willing to get such a large and detailed tattoo, then there are also options for you. Many people today get dragon designs on their shoulder, calf area, and a sleeve tattoo design.

This site uses affiliate links with brands we trust, and if you make a purchase using a link, we may receive a commission. 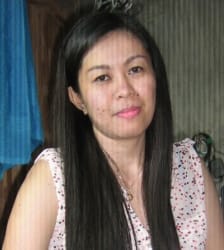 Pam Byc
Pam is a freelance WordPress specialist by day and a book worm by night. She loves searching, studying, and reading articles from a wide variety of topics including self-help and do-it-yourself guides. For her, life is a continuous learning journey.

Want to join the discussion?
Feel free to contribute!

The Standards of Looking Great

How to Deal with Vegan Protein Question
Scroll to top